Summary: When using supplements long term, avoid all BUT the following recommended supplements and health care items to at least somewhat reduce the chance of potential long term toxicity of supplements. For those with serious illness, see first paragraph of article below. These recommendations are only from topical research and could be missing many fine toxin-free products.

Herbs in capsules with no dry extracts

A more comprehensive list is included in the article below. 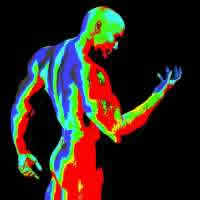 are sources of toxins which should be avoided. If I had a serious disorder caused or exacerbated by toxins, I would follow her advice to strictly avoid supplements with potential toxic additives. If there are no serious health problems, it is probably okay to take most supplements short term but even then supplements should be avoided for long term use unless one is assured they are completely safe. The following gives advice on how to avoid at least some toxins in supplements. It would probably not pass Clark's muster. She now specifies many supplements as reagent quality which must be purchased from chemical supply houses. They can be very expensive especially considering they are often available in a minimum amount of a kilogram. Most people will supplement without regard for Clark's advice, so at least the following does at least somewhat reduce the amount of toxins from products commonly available in health food stores and herb shops.

Supplements are best taken in capsule, powder, or liquid form. Besides having less excipients and binders than tablets, which can cause allergic reactions, they are usually not sprayed with toxic fixatives like isopropanol as tablets often are. Isopropanol and isopropyl alcohol are primary cancer catalysts, according to Hulda Clark. Even not considering wacky Hulda Clark <g>, most toxins used in supplements are regulated by OSHA in the workplace. For example, isopropanol is known to cause kidney and liver damage. It and benzene, another petrochemical which can adversely affect the body, are used in many supplements to extract ingredients or coat tablets, then evaporated. The problem is there will always be measurable traces left behind.

Many tableted products don't even do a good job evaporating the isopropanol. I have opened bottles of tablets which have as strong a smell as that of opening a bottle of isopropyl alcohol. Tableted Now and many other company's products are notorious for this pollution even though some of their non tableted products are safe enough to get Clark's approval. I cannot remember ever having opened a bottle of Now tablets and not smelling isopropanol unless the smell of some herb or other ingredient in the product was strong enough to cover it up. This is not just a problem with the discount manufacturers like Now. Even well respected companies like the Life Extension Foundation and New Chapter sell or have sold tablets that have an isopropanol smell. Some tablets have a pharmaceutical glaze instead of being sprayed with isopropanol. However, the glaze may be as toxic as the spray since it contains benzene and other chemicals, according to Clark.

One company advertises its tableted mineral formula to be 0.00006% free of the isopropanol they use for extraction and coating. I suppose they are bragging at how well they evaporate the stuff out. I wrote them and informed them that this still allowed more than a billion molecules per dose, each of which must be removed by the immune system if it is absorbed. "Why don't you use a nontoxic extractant like ethyl alcohol and advertise that your product is produced without toxic chemicals?," I asked, twice. They never responded.

This is not to say that capsules, powder, or liquid supplements are free of toxic solvents or other additives. FAR from it. Almost all dry extracts and many other dry ingredients are processed with toxins. The chemicals are then mostly evaporated, but some remain. Many liquid extracts, like glycerites, are processed in the same manner as dry extracts, then added to glycerine. Some of the best companies like Gaia and Eclectic Institute use water or (safe) ethanol for their dry extracts so their products are highly recommended. If you know of any other companies which use only non-toxic extractants and coatings, please email Electroherbalism and this will be verified and included in these recommendations. 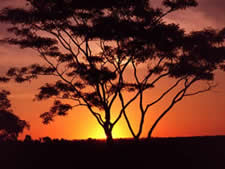 Glycerine itself can be of vegetable or animal source, which are nontoxic, or the petrochemical version. When a label states "glycerine" as an ingredient, it will likely be of animal or petrochemical source. Animal source is okay unless one is a vegetarian, but there is no way to know if it is petrochemical or animal. Look for "vegetable glycerine." Eclectic Institute is one of the few if not only companies which makes herb glycerites that are actually extracted with the vegetable glycerine, so should be safe in this respect.

Propylene glycol is a chemical used in a large number of health care products. It can be of corn source but is cheaper sourced from petrochemicals. It is used in almost every deodorant and many health care products whether health store variety or not. It is increasingly showing up in foods and even supplements. Some companies completely avoid it in their products, like Aubrey Organics and Burt's Bee. Tom's, one of the best selling deodorants in health food stores, is as toxic as any commercial variety in this respect. Tom's sometimes lists sources for ingredients on their products. They do not do so on their health care products which contain propylene glycol, usually the first ingredient. On one of their products, mouthwash, they do admit using a petrochemical (polysorbate 80) for which they list the source to be from "Natural Gas and Oil." Makes it sound less like a petrochemical to use the word "natural," doesn't it?

Even respected companies such as Enzymatic Therapy and FutureBiotics will not disclose whether or not they spray isopropanol on their tablets or use this or other toxic agents to extract ingredients. At least they do a good job evaporating it since I have never smelled it in any of their products, so consider them safe enough to recommend especially for short term use.

I talked to someone in the lab at Enzymatic Therapy in the mid 1990s when they informed me that they use ethyl (sugar beet) alcohol for all their extractions, which is good. When I had an extensive round of discussion with them in 2001 asking them which of their supplements were produced without toxins, they would no longer tell me. They say the information is proprietary. This leads me to believe that they may now process their supplements with toxic agents. I let them know that it would be a great coup in the supplement world to advertise that one's products were produced without toxins, so they should admit it if none were used but they would not say. They did let me know that their products are analyzed in their labs to ensure no toxic agents are included, but they only check to parts per million, and this could still allow hundreds of billions of toxin molecules per dose. Even so, I do recommend their products a great deal since their products at least seem "cleaner" than most, are well formulated, and generally are among the most effective for the money and probably safe to take more than short term.

There are safe ways to produce supplements. Manufacturers can use ethyl (grain, sugar, etc) alcohol extractions or liquid carbon dioxide (sometimes called "supercritical" extracts). However, this is more expensive and price pressures in the supplement market are growing. I always assume that the least expensive agents and processes are used if it is not otherwise stated, and the least expensive are usually petrochemicals and other toxic agents. Activin is a patented process of extraction using ethyl alcohol instead of a petrochemical. It is used by a number of different manufacturers of grape seed extract and recommended. Beware if the product also includes ingredients like bioflavanoids which may be processed with toxins, or is tableted.

I have written most of the major companies which sell supplements in the US asking them which, if any, of their products are produced without toxic agents. Out of all the supplement companies I have written and rewritten and rewritten (I wrote the ones that did not respond back two more times) only one manufacturer, Twinlab, says they do not use toxic agents to produce any of their products. Their supplements are typically in capsule, liquid, or powder form. I don't know if I 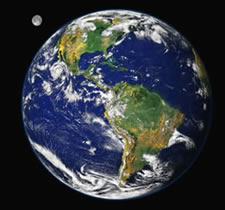 should believe them. For example beta carotene is typically extracted with toxic solvents. The rep did not know what agent they used to extract their beta carotene, but said it was not toxic. I will therefore take her word for it and recommend their products. A few other companies responded politely, but declined to state which of their products were toxin free. The rest, a vast majority, would not respond even after three inquiries.

The following widely available supplements are in my estimation the least likely to be contaminated with toxins and are probably safer to use long term from this standpoint than most. There are probably MANY more sold in health food stores that are toxin free. If there is a need to completely avoid toxic ingredients, see any of Clark's books for lists and recipes. She also specifies many products available in health food stores which are not in this abbreviated list.

Supplements with less potential for toxicity than average based on my research:

Herbs in capsules with no dry extracts

The following brands are recommended by Electroherbalism when supplements are used on a long-term basis. This is a subset of the Supplement Brands page, which contains almost all of the products listed by Electroherbalism for various purposes. Golden Brands are those who make all or almost all of their supplements and healthcare products without potentially toxic extractants or otherwise make an effort at using no petrochemicals in their manufacturing process. See Toxins in Supplements for more information. Note the small number of brands recommended. It is expensive to make supplements without, in particular, toxic extractants, making them usually priced more and less competitive with other brands that have no qualms in using petrochemicals and other toxins. Add to this the fact that it is almost, if no completely, impossible to find something like a multivitamin that is made with toxic extractants since there are no manufacturers that produce these types of ingredients that are used by supplement manufacturers. Note that the supplement manufacturers below do not carry any multivitamins, or multiminerals for that matter.

Golden Brands are the best for long term use. Other brands are typically fine for using up to a few months at a time, and there are plenty of individual products in these brands which are not produced with toxins. Also, just because a brand name is not on the Golden list does not mean that it is produced with toxic extractants. In the mid 1990's I spoke to Enzymatic Therapy supplement formulators who assured me that the only extractants they used were non-toxic ethyl alcohols. When I checked again in the late 1990's, I was told that their production process was proprietary and would not confirm if they used toxic extractants or not in their products. I would then assume that they had begun using them. Also, note that in general all non-extracted herb capsules are produced without toxins. Electroherbalism makes many recommendations for Nature's Way herbs in the Favorite Herbs section.