The Clark Scalar Frequency conversions are available in either Excel Format or Word Format. They convert her frequencies using e raised to the third or sixth power, explained more below. Note that with the Excel format version, it is possible to enter one's one frequencies or other frequencies such as Rife's original MORs in the table to convert into audio range. 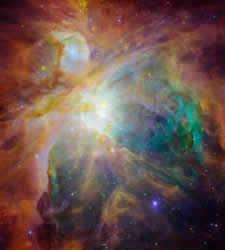 The frequencies that Hulda Clark published in her books are meant to be run on a frequency generator in pad mode and most are beyond the limit of what most plasma tube devices, such as Rife-Bare and EMEMs, can run. Plasma tube devices are typically lmited to audio range inputs ( 0 - 20,000Hz). There have been many methods used to convert Clark frequencies, as well as original frequencies from Royal Rife, which are also in the above-audio frequency range.

It would make sense to divide the frequencies by odd numbers such as 3, 5, 7, 9, etc, to convert the frequencies into audio range (see Harmonics and Heterodyning) since these odd harmonics should theoretically be the ones whicih produced the most power at the desired frequency in a harmonic. However, in practice, this method does not appear to work as well as dividing the frequency by 2 until it is in the proper range (called the Octave method). Eariler methods were to merely divide the frequency by 440 or 1000, but using the divide-by-two method provided more frequencies and was more flexible.

Dr. Jeff Sutherland is a well respected frequency researcher who came up with a method of converting frequencies which appears to be even more effective than any of these methods and that is to divide (or multiply) the frequency by a scalar harmonic. This is to divide (or multiply) the frequency by e (Euler's constant, equal to 2.718281828459) raised to a multiple of 3 : 3, 6, 9, 12, etc. e raised to the third or sixth power provides the correct range for all Clark frequencies it is desired to convert.