Summary: Use Real Salt, Himalayan Pink Sea Salt, Klamath Krystal Salt, Celtic Sea Salt, or other premium trace-mineral-rich food grade salt instead of processed salts that have the trace minerals removed and may have added toxins like aluminum or petrochemicals. 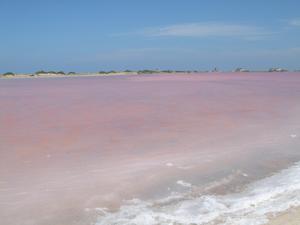 Sodium salts are necessary minerals for health. Without adequate water and potassium in the diet, however, they can be harmful to health when used to excess. The ideal ratio of potassium to sodium in the diet (or by supplement) is 4:1, that is, four times more potassium than sodium.

The best salts are rich in trace minerals compared to processed salts which have none, and do not include mineral oil, aluminum, or other toxic additives. As of this review, Morton Salt is no longer adding toxic additives like aluminum to their salt. It is likely that other salt manufacturers are also using safer anti caking agents in their salt. Mineral-rich salts like Real Salt and Himalayan Pink Sea Salt do not have any anti caking agents.This usually means that one will often have to shake the container to break up the clumps. Add some rice grains to prevent clumping as much.

Real Salt - One is marketed by KAL and available in health food stores and gourmet markets for around $3 per half-pound shakerful. Also available in bulk in some health food stores, usually around $2 per pound. It is mined instead of dried in the sun, so less likely to have bacterial contamination. Large amounts appear pink or tan due to the trace and other minerals it contains.

Klamath Miracle Krystal Salt - Another mined sea salt brought to market by the same people who sell Klamath algae products, this is another of the excellent pink salts, but more expensive than most.

Himalayan Pink Sea Salt is harvested high in the Himalaya mountains (above 10,000 ft) and is also a mined sea salt rich in trace minerals and similar in price to Real Salt.

Celtic Sea Salt is widely available in health food stores, but it can be expensive at $12 per pound or more for the premium food grade. "Bath grade" celtic salt is also available for less, but is not suitable for consumption since it is not sterilized. According to Hulda Clark, one should avoid consuming unsterilized salts from oceans which are dried in the sun since seagulls and other wildlife can contaminate it.

Baleine Sea Salt and Hain Sea Salt are commonly available in supermarkets and are better than most supermarket salts since they use magnesium instead of aluminum for an anti-caking agent, but are processed and lack the trace minerals available in Celtic, Himalayan, and Real Salts.