Who is Hulda Clark?

Something that made me first look seriously at her work was an engineer who wrote that his firm was in the business of identifying environmental toxins in the home. He said that he and his colleagues had come up with a large amount of previously (or so he thought) unidentified sources of toxicity on this project. Then he read Clark's book and was astounded that she had come up with all that they had, plus a great many more that they had overlooked. Clark says that toxins, mainly from the home environment and diet, are primary causes of disease.

Clark's methods are all do-it-yourself, generally spending very little money to supposedly cure some very serious diseases. She even says that anyone can copy her books for noncommercial purposes and give them away.

After much research, experimentation, and debate, I have decided that she might indeed provide very good methods to address the cause of many diseases, unlike conventional allopathic physicians, who seem to be clueless when it comes to treating causes of many diseases, as opposed to their palliative measures which often cover up the problem by only treating symptoms or even make it worse while hopefully the patient gets better on his own, despite the allopath's efforts. Don't get me wrong - I have the same qualm with most complementary health practitioners, too.

I consider the Cure for all Diseases a bible of effective self-health measures that anyone can take to improve or preserve one's health. The simple way she explains physiology of the human body is a delight. Things that are mysteries to allopaths, like allergies, high serum cholesterol, kidney and gall stones, arthritis, chronic pain, etc, she explains simply and succinctly. 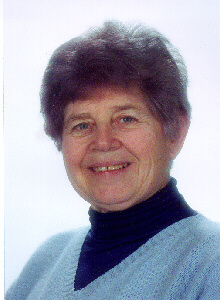 One of the devices she developed years ago, called a syncrometer, is based on a Radio Shack science fair project called the Electrosonic Human. It can supposedly detect as little as 300 molecules of a substance in one's body. One uses an open capacitor onto which a known substance is placed, test with one's own body in the loop, and listen for resonance using a small speaker. As it is published, the circuit is crude (yet cheap to build) and takes many hours of practice until one can reliably pass her thirty lessons she gives in the book teaching how to use the circuit. I do not use it myself, since her suggestions of how to avoid toxins and pathogens is enough when combined with environmental inspection. However, there are a number of people who have developed easy to use syncrometers.

The few conventional allopaths who had heard of her work laughed heartily at this method right up to the time that a company came up with a device which uses the same technique to detect the presence of salmonella on chicken eggs as they are going down the production line - they stimulate the egg with the correct frequency for salmonella (that she published years ago), and the machine then listens for resonance.

Another product Clark developed is called a zapper. It is a 555 timer circuit which produces a 30K DC square wave from 0 - 8 V. She provides idiot-proof instructions on how to build this using a shoebox and Radio Shack parts totalling about $20. One holds copper pipes in the hands which are the output of the circuit. One "zaps" for three 7 minute sessions, and this kills many parasites (the cause of many chronic and serious diseases according to her), and also bacteria and viruses, in the blood. See my article called "Electrical and Frequency Effects on Pathogens" for zapper limitations, and "Zapper Tips" for how to get the most out of one. Also see the links section for diagrams of improved zapper circuitry from Sota Instruments, Richard Loyd, and others.

I have seen zappers for sale on the internet for as little as $50 and as much as $125. The cheaper ones are not slick-looking mass produced items. I would recommend building one's own with Hulda's instructions or by the schematic, although if one is technically inept or in a hurry to start zapping, purchasing a zapper would be an advantage.

Clark discovered years ago that an AC frequency generator would kill pathogens, but it had to be dialed in to every pathogen frequency one wanted to kill. The resonant frequency for a pathogen applied to the body with a low current will kill the bug, but not harm the body, according to her. Other scientists, as early as the 1920's, like Royal Rife, pioneered this method.

Clark gives a very long list of pathogen frequencies in her book, and it includes everything from the smallest slime mold to the largest worms and mites which can inhabit the body. The problem with this method is that each frequency must be dialed in for a number of minutes, and given the size of the list, it would take many hours to dial them all in. Then, by accident, she discovered that a DC square wave killed many types of pathogens at once. She speculates that the modulated DC voltage is perhaps the effective part of the zapper, but I would guess that since the Fourier transform of a square wave breaks down to an almost infinite number of frequencies, all of the pathogen frequencies are effectively being transmitted at once, even though there is but a tiny amount of power available at most of the frequencies.

By her own admission, three medical journals wrote her off as loony, and would not publish her work. And the allopaths laughed again.

That is, until recently, when a researcher named Bob Beck published a circuit that purportedly kills the HIV virus (why this is not BIG news is beyond me - perhaps there is a conspiracy of silence in the media). He applied for a patent and will try to get it certified by the FDA for AIDS treatment, but knows it will take over a decade. He went ahead and published his circuit on the net to allow HIV victims to build the circuit for themselves in the 10 years or so that it will take to approve the device. In tests at a university, preliminary results indicated that it killed 100% of HIV virus in 100% of subjects in vivo. Although this is a far cry from curing AIDS, it may be helpful in the fight. His circuit is also a square wave generator.

Beck's circuit was once high powered, using four 9 volt batteries, but was redesigned to work on 1. It is much lower frequency than the zapper, and the instructions call to dial up the voltage to the threshold of pain. Clark's zapper is supposedly totally safe and has been used on infants, but has not been tested on pregnant women or those with pacemakers. It supposedly kills many different viruses, bacteria, and other parasites at the same time. Tests on Beck's device were originally only done on the HIV virus, but I suspected that it would kill more than this narrow range of pathogen. Sure enough, later work by his group shows it to be effective for a wide range of pathogens, but they do not claim that it kills all of them. More reading on Beck's newest design leads me to believe that it could be quite effective, generating square waves with small positive and large negative square waves, the increased voltage perhaps making up for the low frequency.

Hulda Clark's original work was in treating cancer, which she says is usually caused by parasites and toxins, especially flukes and solvents. She worked as a cancer researcher for the government for 21 years before taking off on her own as a nutritionist/naturopath.

Writing about Hulda Clark on the net, I received a response from one of her former classmates at the University of Minnesota in the 1950's. He remembers her as studious and serious, yet pleasant. He thought she was something of a firebrand, often hitchhiking from UM to her home in French Canada. He related that the head of the physiology department at the time was Otto Schmitt, the inventor of the Schmitt trigger, the main component of the zapper. The writer himself was 69 years old, but still designed Doppler Ultrasound equipment in the biomedical industry.

I urge anyone to read "The Cure for all Diseases" and try Hulda Clark's methods for mundane maladies and preventative measures. Even if one does not typically get sick, her recommendations of a combination of classic and modern natural hygiene are excellent. After a while, one may come to believe that she indeed is light years ahead of allopaths when it comes to treating and preventing disease.

Someone made the following comment about Clark on the Rife listserver that I have found quite true:

" With respect to Hulda Regehr Clark, Ph.D.: Dr. Clark's style is to state her experiences in absolute terms. You will read many "always", "never" and other absolute qualifiers. Words of this type tend to raise red flags with most of us, and ultimately undermine her credibility. This much is a little sad. However, Clark's basic research is fundamentally sound and extraordinarly well done. Please don't let her style "turn you off"! My universal recomendation is that as you read, substitute "80%" for always and "20%" for never. If you do, your interpretation of her work will be of much greater value. What she has to say is mostly right and generally works. That is an astonishing track record compared to conventional medical science. Please give her credit for what she has done well."